So much has changed since my last “About Me”, which was for my 100th post. It is true what they say it is not the destination that matters, but the journey and I know that now to be true.

I have two vivid memories about food and the beginning of my fascination. The first was when I was around 11 or 12 and flipping through the channels; I came across a perky blond women with long red nails making cookies. There was something mesmerizing about watching her make bake and “incorporate” the ingredients. When my next birthday had come about… all I wanted was the Mrs. Field’s Cookie Cookbook, which I still have today and peruse from time to time. The second is the first time I had seen a pie being made, which was at my Aunt Jeanie’s house for Thanksgiving. My mom used to call her “Martha Stewart”… Watching her lay the pie crust in the dish and fill it was apples was amazing. I knew that this was something that I needed to learn and the next year for Thanksgiving, I went to her house ahead of time to help her make pies! I consider these two points the start of relationship with food.

When I started this blog in 2008, I was a bit lost. I had been living in Bulgaria for less than two years and couldn’t find my place. After leaving New York, I was determined to break into the American-Bulgaria film industry when I arrived, and I did. I managed to become a producer’s assistant to an Israeli producer, but my skill set was far above my title and salary for that matter, but what was important was getting my foot in the door. I was working at something I loved, at least I thought I did. After a few movies, my boss and I found a symbiotic working relationship. It was tumultuous, but it effective. I was looking for some recognition for the work that I was doing and I laid out for him where I hoped to be and he flat out told me NO. So in 2010, I left!

The idea that I had been toying around with was going to the Culinary Institute of America (CIA). It was gnawing at me… I considered it the next step in my eating, gardening and living plan, but how to make it work. First of all, the school awarded grants and provided other assistance and flexibility, which made things a bit more feasible. The hardest part was choosing to leave my family. The first year of the program is 30 weeks, two 15 week cycles. My husband didn’t want to pull our kids out of school mid-year and he couldn’t take a leave from his job, so I made some tough decision. On December 31, 2010, I left on a plane to New York to start as a freshman at the CIA. The idea was that the family would come for two weeks during Easter break and then as soon as school ended spend the summer in New York, while I finish up my first year. It was rough being away from my kids, but I knew it would be worth it in the long run. I felt that if I was in a good place in my life, I could be a better mother to my children and I still feel that this is true today.

The first year was intense. Because of the sacrifice I was making, I didn’t mess around. I wanted to maximize my experience and learn everything I could. I became involved in Slow Food on Campus and was actively organizing events and working with the group. I was acing my classes, garnering some of the top grades and doing extra work after class to make sure I was at my best. At home, I would sit with five pounds of potatoes to practice my knife skills, which paid off, since I was the only one in my Skills 1 class to get 100 from Chef Joe DiPerri… for those familiar with him… he is a hard ass and will not hesitate to call you a “Shoemaker”.

On the weekends, I would go into New York City to stage at Michelin stared restaurants to gain professional experience and a better understanding of what it means and what is necessary to be world class Chef. I traveled to Washington DC to work a charity dinner event with a hero of mine Alice Waters, whom I had a chance to work with, along with others from her Chez Panisse team. 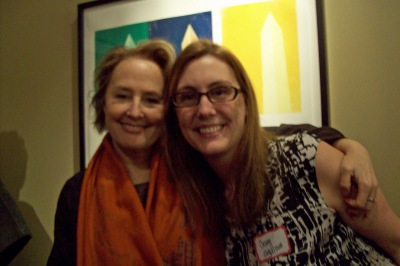 I met another personal hero of mine Thomas Keller walking through the back corridor of Per Se (✶✶✶), when I forgot my knife kit in the kitchen the night before. I also got to work at my dream restaurant, Blue Hill at Stone Barns twice and have a private tour and tasting, which was unbelievable. I even got to chat with Dan Barber, whose TED videos are legendary.

I could go on about who I met, places I’ve worked, food I’ve eaten and wine I’ve drank, but the important lesson is what all of these experiences taught me and that it I don’t want to work in a professional kitchen. The lifestyle of a chef in these high-end restaurants was not for me as a then mother of two. My level of culinary understanding has grown exponentially. I realize that while a restaurant could be in my future, my next course of action is making the ingredients that make great food. Everything I have done and all experiences brought me back to the basics, to the elements of food and that is the soil.

The family and I moved back to Bulgaria in September 2011, we took our time in the US to re-evaluate our life goals, get pregnant and have another baby; Gabriel was born in May 2012, and ultimately decided that we were going to be farmers. We currently have 4.2 ha of land that we are developing for orchards, perennial vegetables and herbs… for now. Things are growing and evolving everyday. Our love of food lead us to where we are and will be in the future. 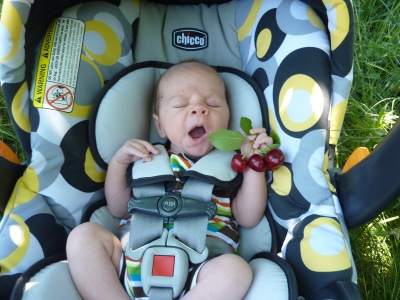